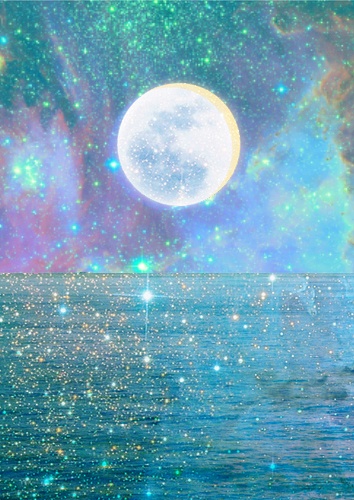 A Blue Moon refers to the second full moon of the month and today we get to enjoy her silvery cheese. You might have heard of the expression, “once in a blue moon”, and that’s because the phenomenon is pretty rare, happening once every few years. The last time it went down in 1999 and we’re next due a blue moon in 2018. Pretty awesome.

So what’s the significance of the full moon? Well, for some, it’s the correlation between the body and the lunar cycles, in a similar way to how the moon affects the tides. For example, in the Ashtanga yoga tradition, some might choose to refrain from practicing on “moon days” either end of the cycle. On full moon days, prana energy (life force)  is seen to move upward, perhaps making you a bit cocky and liable to push beyond your limits, which might cause injury. We might notice that we are more sensitive, firey, perhaps encountering conflict or “strange” behaviour ; the term lunacy and lunatic are derived from the Latin word luna, for moon, perhaps we can consider the connotations of objects and events that are associated with this time, warewolves, vampires etc.  On the opposite end of the moon cycle, on a new moon, we might feel low on energy, be a little downcast, perhaps with less motivation to get on the mat. Food for thought and observation perhaps (especially the warewolves and vampires!).

This in mind, I wanted to honour the changes and shifts of our mood, situations and energy, and reflect on how important it is to listen to what we need. Although this Blue Moon is going to be a sight for some (note: the moon is unlikely to be blue in colour), it’s also reflective of our state. Although shifting in mood, feeling and situation, these experiences are all a part of our multi-faceted selves. We are not just one way. And we don’t have to be. We are unlikely to always be happy, in the same way we will not always be sad. Life is ever changing and flowing. Just as the moon is always full, it is merely our perspective on the phenomena which makes it what it is. 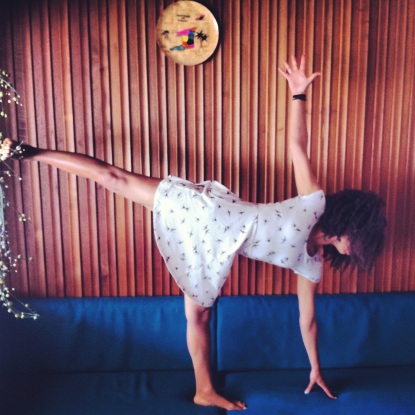 Here’s my attempt to balance in Arda Chandrasana, half moon pose, this morning. I’d had half a cup of green tea (it makes me as crazy as having coffee, but for longer amounts of time), and was noticeably wobbly on one side compared to the other, resulting in a few collapsed guffaws. So? So! It matters not how many times you might have done something, or expect it to be a particular way, we just have to let go of attachment to perfection and embrace it all. Instead i took my time, and modifications (looking down rather than up to my hand in the air), watched my breath the entire time, and accepted it for what it was. All of me. Sometimes we might get trapped in something with limited perspective through our blinkers. Know there is opportunity for change in every moment, be with yourself, support yourself and know you are whole.

So here’s to you. In all your glory. Every part of your experience in this life, the ups and downs, the sideways crab waddle, and the twists and turns. Love them all. Embrace it all! Accept and love yourself!

Here’s some tunes to soundtrack the glory of the moon, enjoy!